Cities are inherently complex organisms, personifying traits that mimic the citizens who inhabit them. After all, cities are living, breathing entities that constantly grow, evolve, adapt, and, amid these evolutions, attempt to learn from their mistakes. The built environment mirrors sociology in many ways, creating this paradoxical question of whether its people drive the city or vice versa. The innate complexities of cities — both the built and the unseen — create challenges in providing ideal opportunities for people of all backgrounds to explore them. The great cities of the modern era, as well as those historically, have several utopian things in common: a well-connected urban fabric; charming, walkable neighborhoods; beautiful tree-lined boulevards; several square miles of green space; accessible transit; mixed-use environments; and of course, beautiful architecture that harmoniously frames all of these elements in a picturesque way.

However, the story that remains untold when admiring a city’s postcard image is that of the socioeconomic disparities that figuratively and literally shape and divide urban communities. Atlanta is far from immune to this. “The A,” as we affectionately know it, is a beautiful city, rich in history and drenched in culture. Still, as it continues to grow, evolve, and adapt, Atlanta must examine whether it promotes equitable access to the city’s great resources or whether it is passively — or, more nefariously, actively — restricts access to its great urban spaces.

Atlanta, along with a host of other Sunbelt cities, has a sordid history of adopting municipal and zoning policy that is racially-based, economically-based, and generationally-based, and the persisting residue of those policies continues to plague the way our cities develop. These decisions were partially based on some elitist misguided belief that certain sects of the population, based on socioeconomics, were more deserving of a higher-quality built environment than others. However, the incontrovertible reality is that no single person possesses more of a right to enjoy any public space than any other. It would be naïve not to recognize that we live in a profoundly capitalistic society and that access to wealth is a factor. But a lack of wealth should not be prohibitive regarding reasonable access to a city’s great urban spaces. 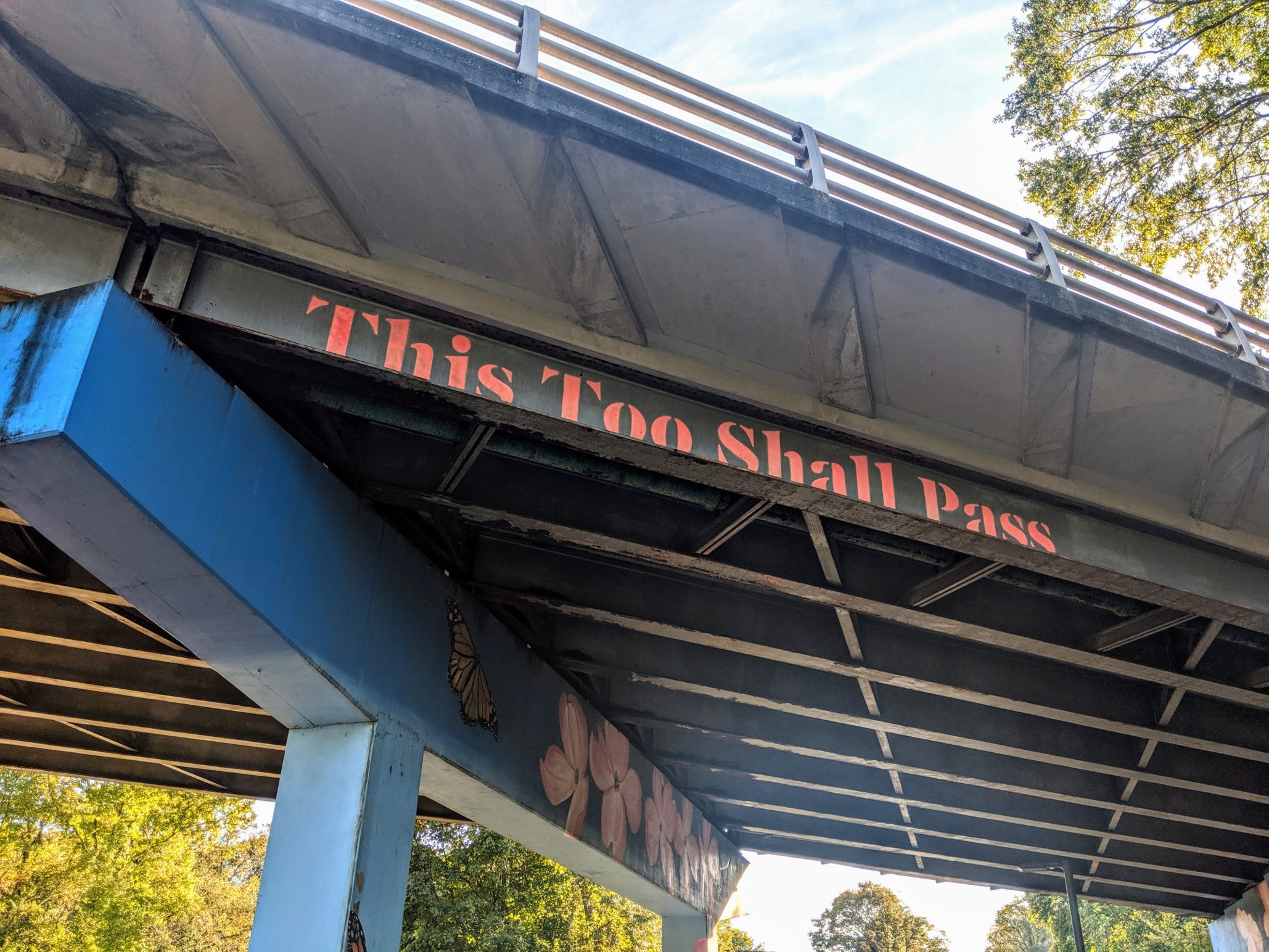 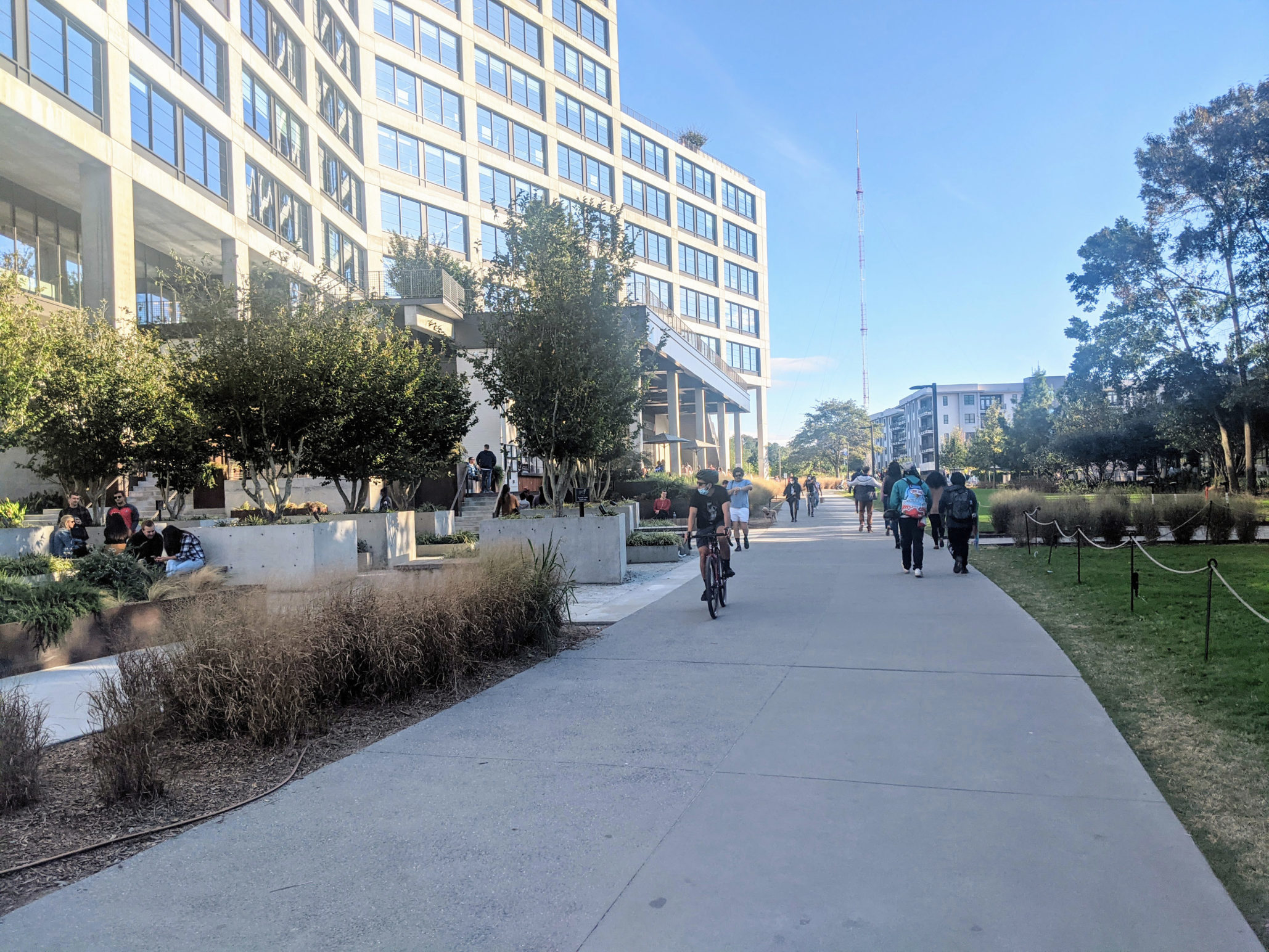 Modernist principles of zoning — and the development within that framework — did not allow for the intertwining of the social and cultural complexities with a city’s physical and structural context. In the 1970s and 1980s, New York City urbanist William Whyte created a revolutionary research group chronicled in his famed publication, “The Social Life of Small Urban Spaces.” In it, Whyte does not mince his words in stating, “The biggest single obstacle to the provision of better public space is the ‘undesirables’ problem. ‘They’ are themselves not too much of a problem.” He continues, “It is the actions taken to combat ‘them’ that is the problem.” While his term ‘undesirables’ intends to describe criminals and vagrants, the unfortunate reality is that everybody has the potential to be seen as an ‘undesirable’ by their neighbor. Whyte adds that “the best way to handle the problem of undesirables is to make a place attractive to everyone … It is far simpler to create spaces that work for people than those that do not — and a tremendous difference it can make to the life of a city.” Good design is no more expensive than bad design, pragmatically, and architects and urban designers must adopt this philosophy moving forward.

Most urban dwellers would agree that their neighborhood’s quality is greatly improved when there is a rich and diverse mix of uses in one locale. Whether you believe that the greatest neighborhood in Atlanta is Midtown, Inman Park, Old Fourth Ward, or West End, they rely heavily on mixed-use projects instead of siloed developments because developers and end-users recognize the inherent value in a diversity of uses. Why, then, shouldn’t this same principle be applied to the people who provide life to these spaces? Just as the built environment benefits from a rich and diverse mix of uses, places and neighborhoods can benefit from a rich and diverse mix of people. The book “Arsenal of Exclusion & Inclusion” is a “collection of policies and practices that are used by architects, planners, policy-makers, developers, real estate professionals, community activists, neighborhood associations, and individuals to wage the ongoing war between integration and segregation.” 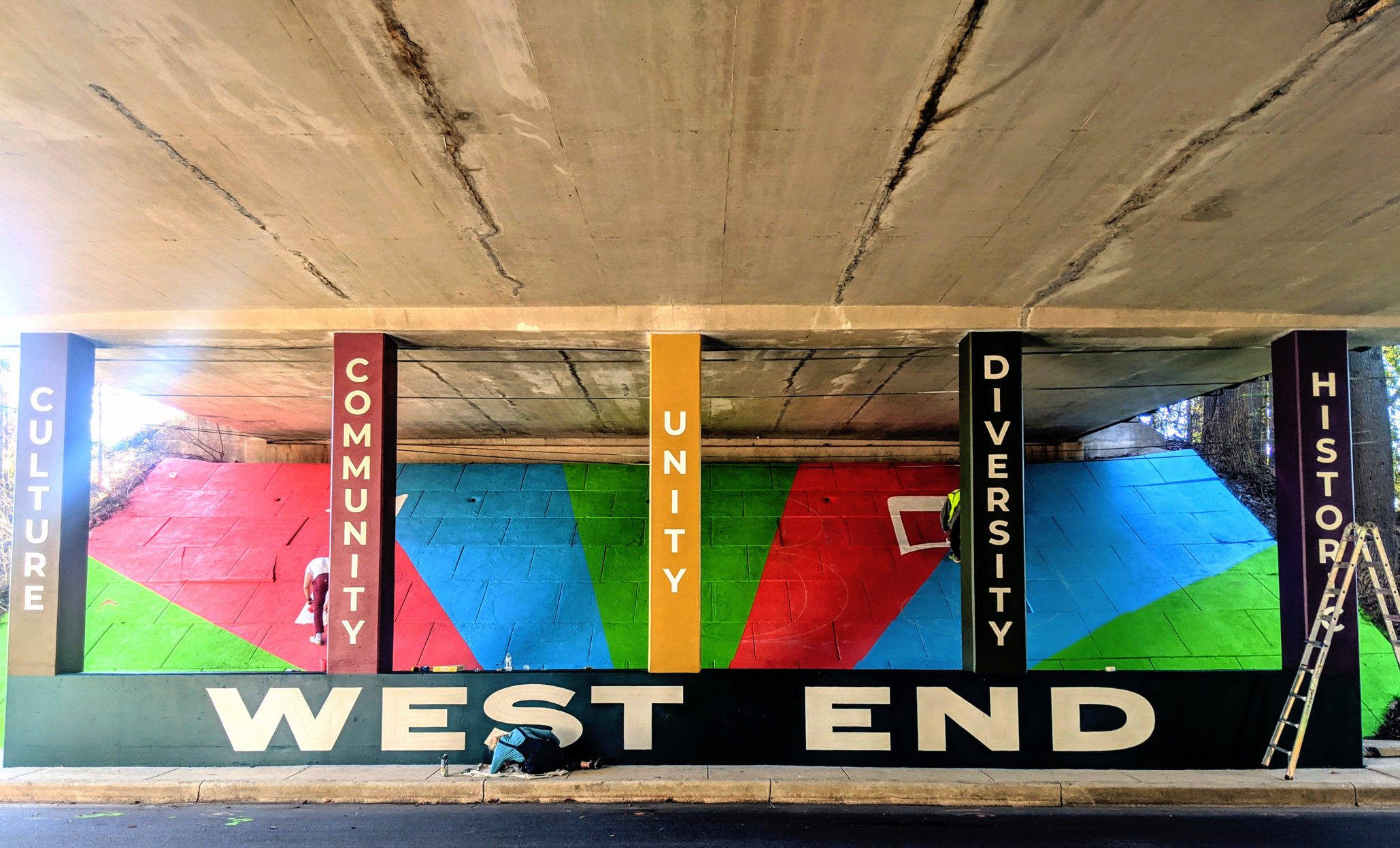 One of Atlanta’s most significant urban spaces of the past few years is the highly-touted BeltLine, a 22-mile loop of multi-use trails, modern streetcar (eventually), and parks connecting 45 local neighborhoods — all based on railroad corridors that formerly encircled the city. A large part of the premise of the BeltLine was to support affordable workforce housing, economic development, job creation, public health, streetscapes, public art, environmental clean-up, and historic preservation. While parts of the 22-mile trail remain under construction through 2030, the impact of the open and partially open portions of the trail is undeniable. The BeltLine is not just a mode of transportation but has become a destination of its own.

However, the BeltLine has fallen under extreme scrutiny since its inception for seemingly abandoning its commitment to affordability and socioeconomic access. Instead of stitching diverse communities of unique populations together, the project is seen by some as an engine of division, pushing those with less further out. The BeltLine pledged to provide 5,600 affordable units to its adjacent neighborhoods; however, it has only fulfilled 38% of that volume to date. The project has, arguably, had the adverse effect of what it originally intended to accomplish. There is something positive to be said about the success of a project of its magnitude that has attracted crowds to it, increased the value of adjacent properties, contributed to robust tactical urbanism, and provided investments in neighborhoods that had long been forgotten. 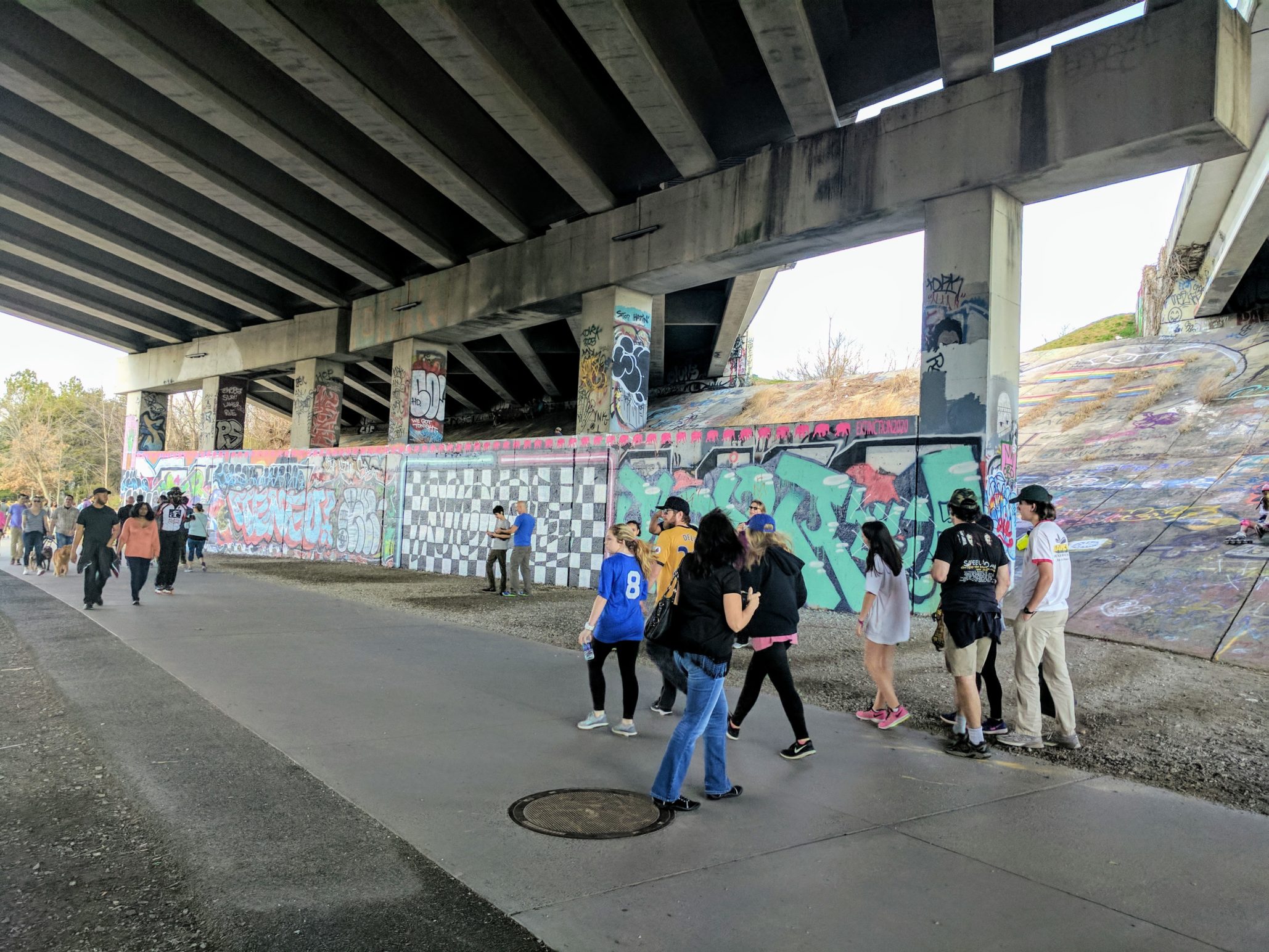 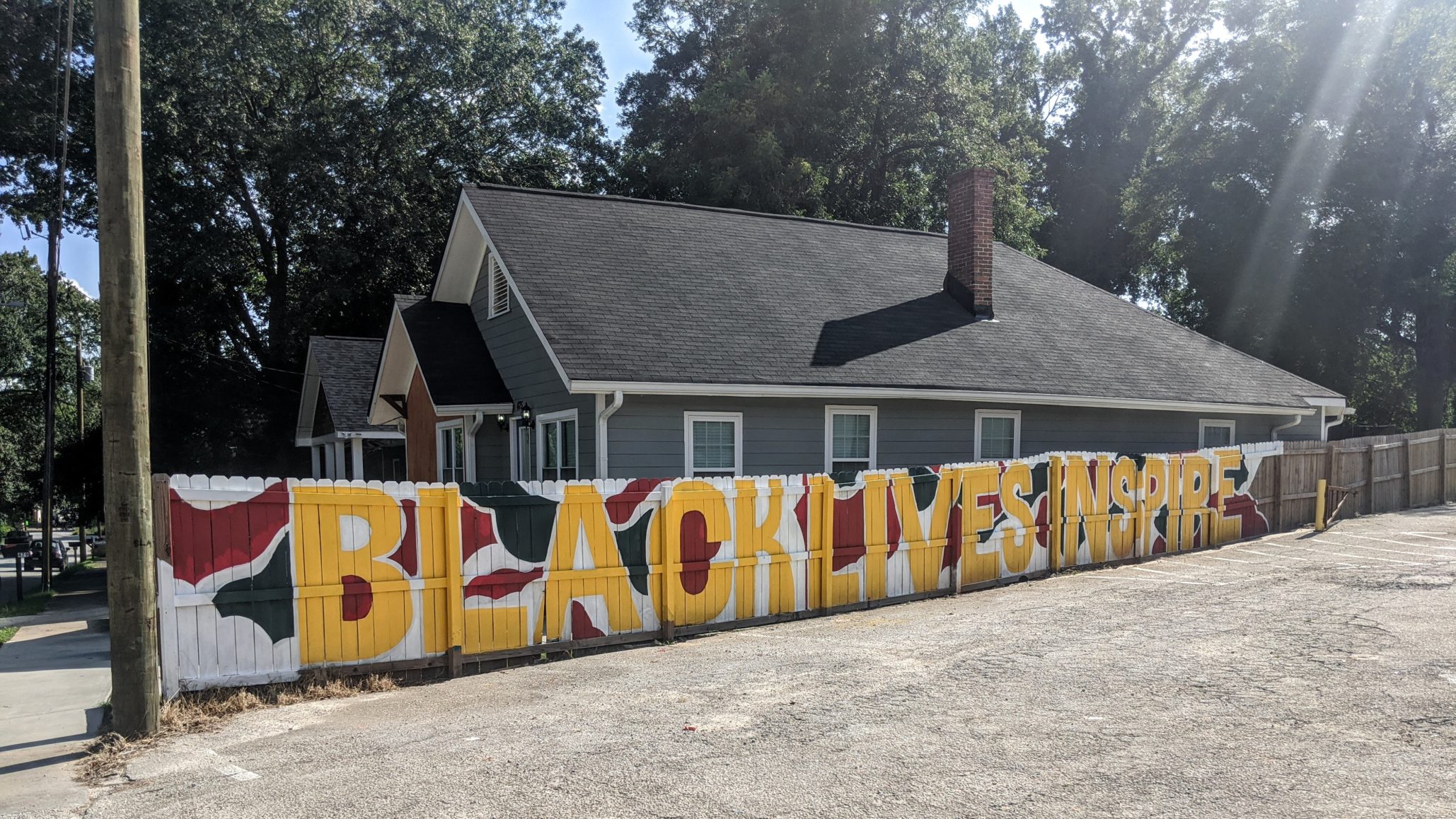 However, these achievements’ strengths do not nullify the issue of socioeconomic exclusion that continues to plague Atlanta, even in a project intended to be an apparatus of inclusion. Architects, as creative problem solvers and change-makers, have a unique power and ability to influence this necessary change beyond just the built environment. Throughout history, architects have been the most prominent advocates for the health, strength, growth, and well-being of cities, and this does not stop where the steel structure meets the concrete sidewalk.

Atlanta has the potential to become a coherent palimpsest of culture, weaving together neighborhoods and people of all types, thereby allowing every person unfiltered access to everything that makes this city remarkable. After all, cities are living, breathing entities that constantly grow, evolve, adapt, and, amid these evolutions, attempt to learn from their mistakes. It’s about time Atlanta learns from them.