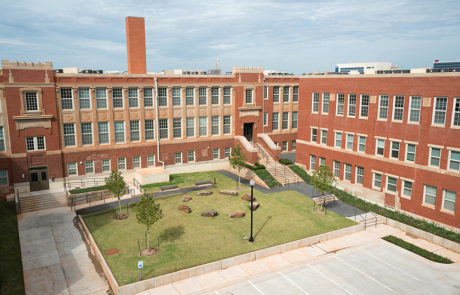 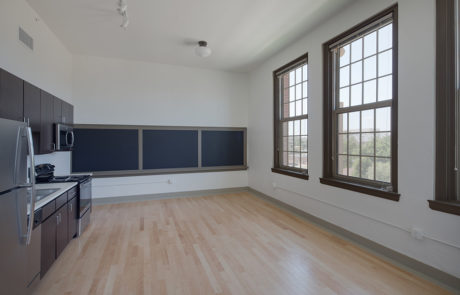 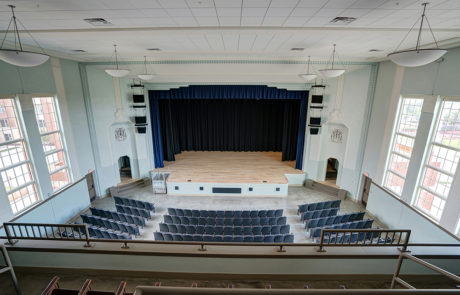 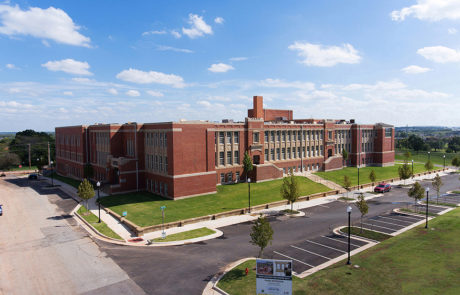 The original building was constructed in 1910; additions followed in 1919, 1934 and 1948. In 1934 it transitioned from an all-white elementary school to the already well-established Frederick Douglass, the city’s only African American high school and a gathering place for the African American community in OKC. Vacant for 20 years, the building attracted trespassers who set multiple fires. It was in an advanced state of decay when purchased in 2013.

Conceptually, the project addresses the demand for affordable housing while preserving, restoring and adapting a National Register property. Extensive community outreach helped determine the best path for this treasured community resource. An additional story was added inside the gymnasium to optimize living space.

The alma mater of author Ralph Ellison, the transformed school still bears Frederick Douglass’ name but now accommodates 65 apartments and a renovated 700-seat auditorium for community arts and performance groups. The adaptation capitalizes on the building’s art deco flourishes, limestone accents and school themes, with most original blackboards preserved in place. A portion of the apartments are scaled as lofts with soaring ceilings, and all living spaces feature abundant daylight.