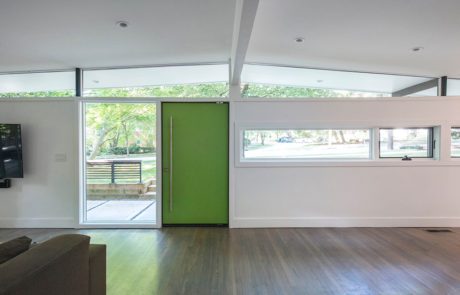 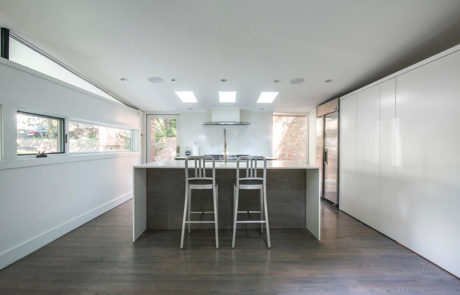 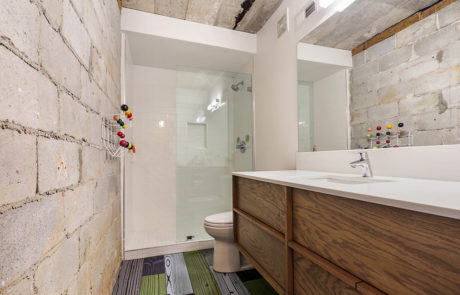 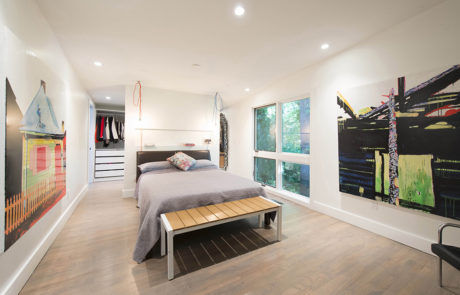 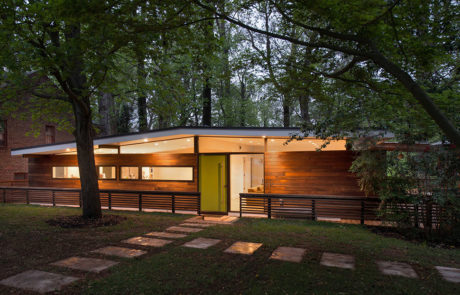 How a vaguely Eichler mid-century home came to be constructed in Virginia Highland is not known to the current owners. However, having lived in California, they recognized the form immediately and purchased the house.

Our assignment: on a tight $220,000 budget reorganize the chopped plan, expand the kitchen and dining area into the unusable carport, enhance the interior and exterior and renovate the basement.

In respect to the origins of the existing house we emphasized horizontality, added bands of glass, removed odd brackets, added a 5’-wide pivot door at the entry, replaced the siding and constructed a low horizontal wall to establish a public/private boundary. Parking for the house shifts from the inaccessible carport to an apron linked to the entry with concrete pavers.

The house as described by Residential Design magazine: “Nestled in the Virginia Highlands, one of Atlanta’s toniest neighborhoods, is a diminutive Mid-Century house recently resuscitated with a very light hand. The modesty of the intervention is the first thing one notices upon touring the house. The second notable aspect is that it exists at all amid the pseudo-Tudors, period bungalows, and new builder-spec foursquares that characterize the pricey in-town location.