House in the Berkshires 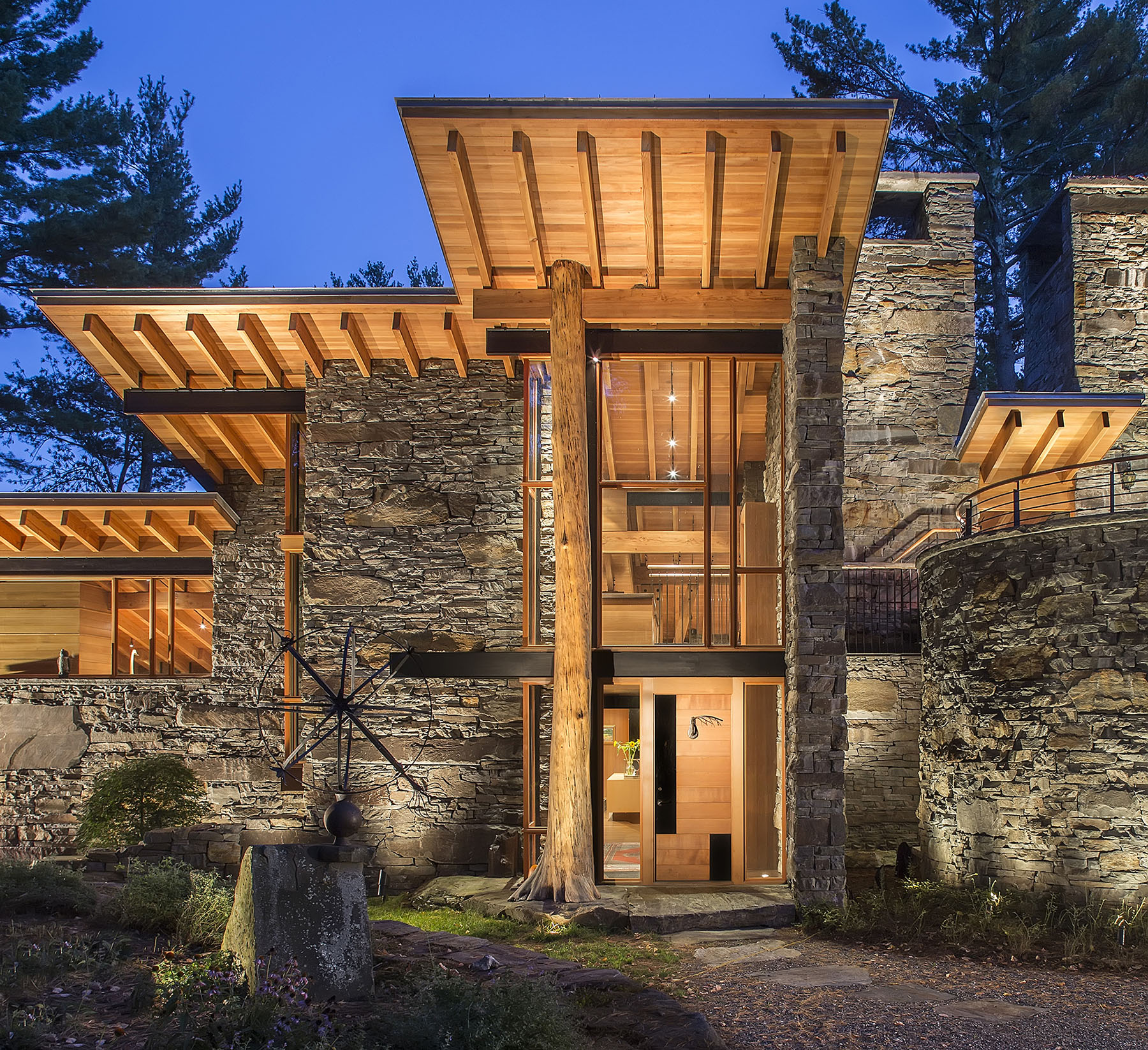 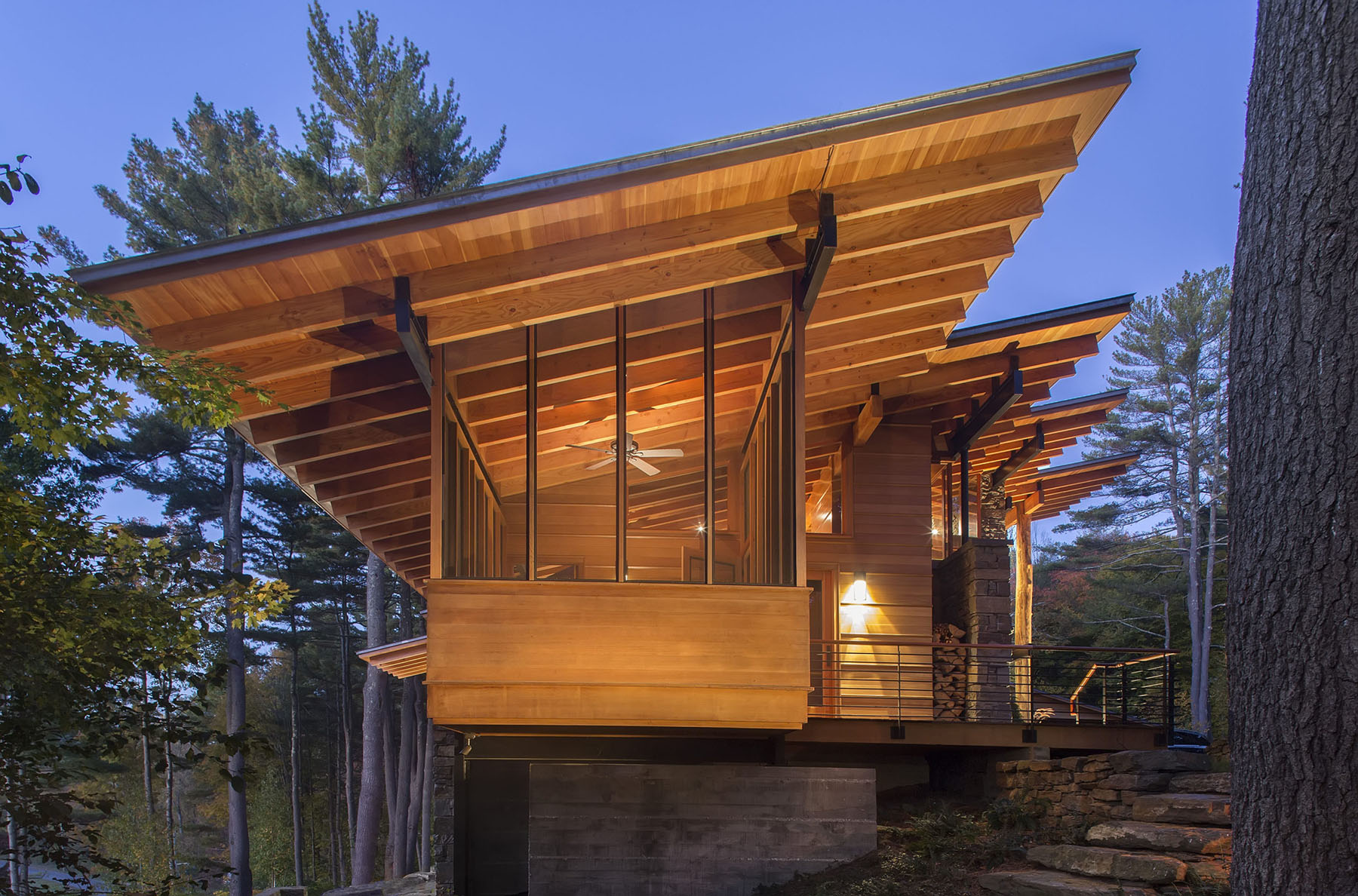 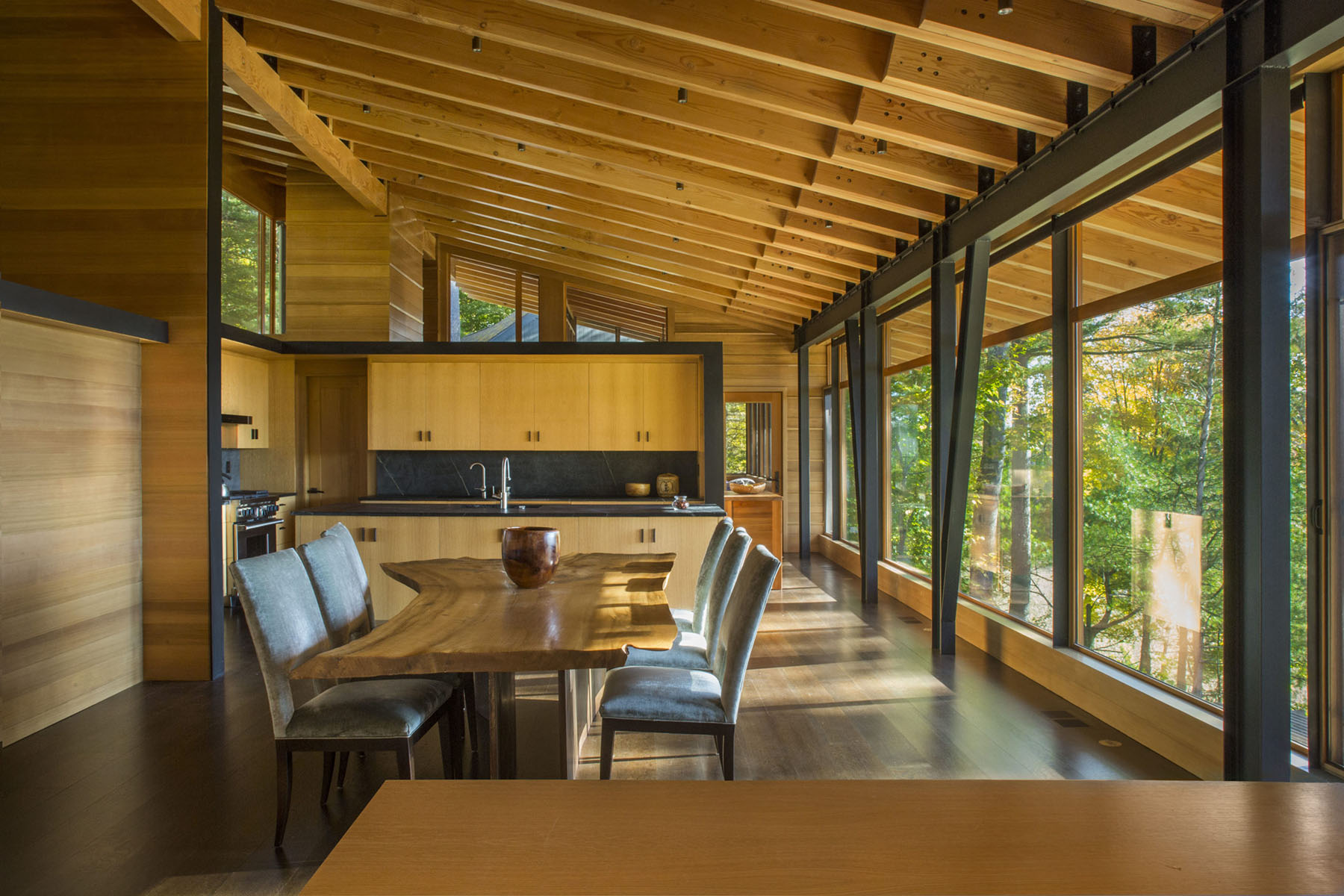 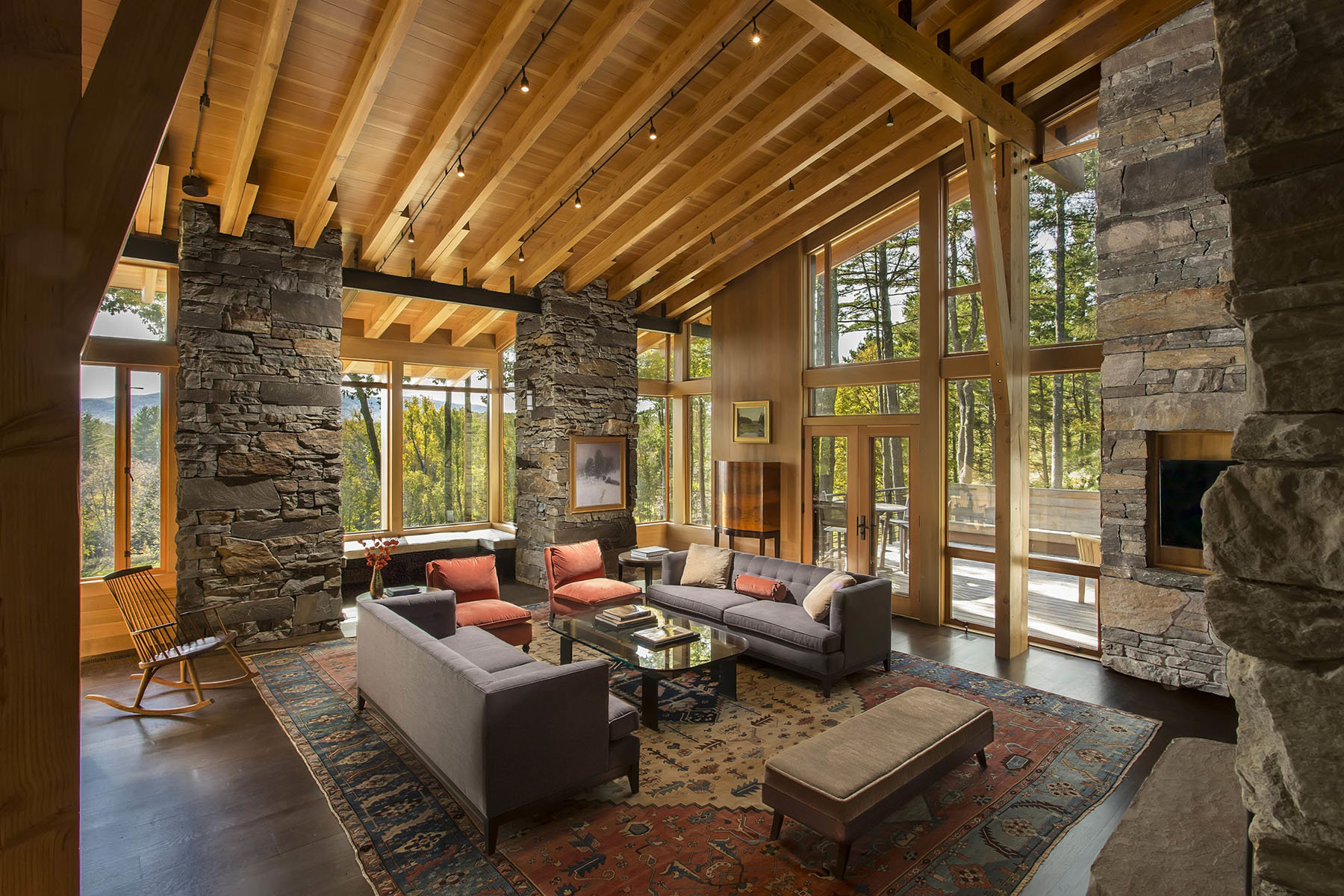 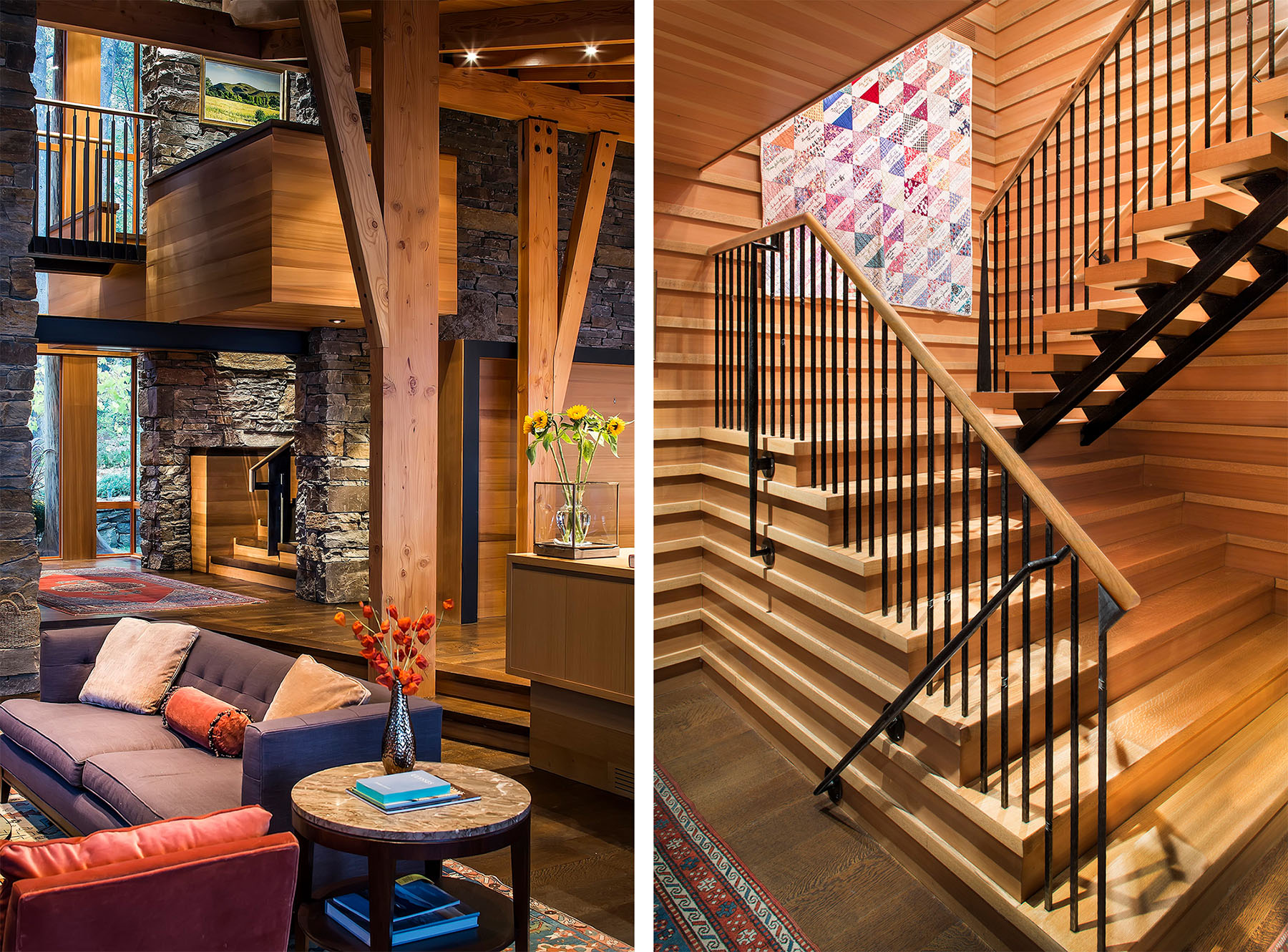 House in the Berkshires

In the Berkshire Mountains of Northwest Connecticut, on a wooded hillside with a pastoral view, the landowner wished to build a house that would blend with the natural surroundings and feel indigenous to its site. Using a natural palette featuring stone and wood, the architecture was composed to blend with the topography and to create a series of interior spaces that were in harmony with the landscape in which they were placed. The making of the building involves the expression of craft and those that made it – masons, carpenters, blacksmiths and the like.

The goal of the design was to express nature through the assembly of its component parts, with a palette of materials blending with its surroundings. Wood and stone were extracted from the site, alongside of other similar materials chosen to reflect harmony with the natural and indigenous surroundings.

As the site was prepared for construction, stone was removed and stockpiled for use in the construction of the walls that rose from the ground, supporting the house’s structure of wood, steel, and glass. The configuration of structural elements and their connections is honestly expressed, allowing the viewer to read of the logic of the structure. Symbolically, a not-quite-straight oak tree trunk column was placed beside the front door, signaling the entry and contrasting straight steel columns & beams alongside, inserted alongside to support the new structure.