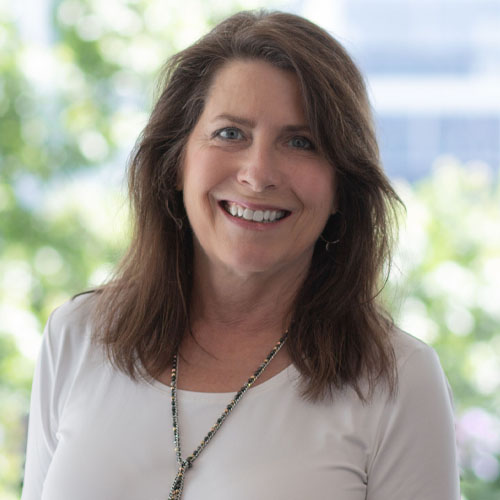 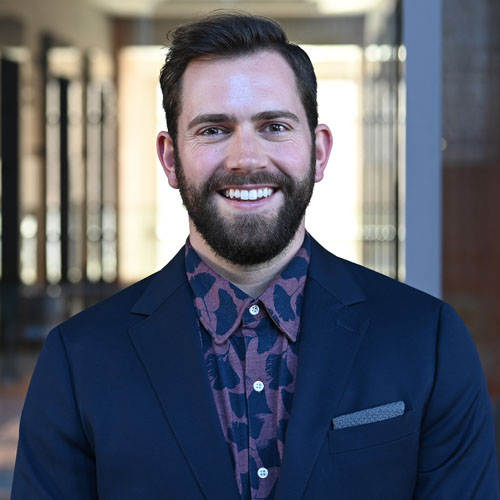 Ian is an associate principal at tvsdesign and is a licensed architect and registered interior designer with strong backgrounds in mixed-use, education, residential, corporate office and hospitality design. His broad experience covers design and construction phases of countless projects, ranging from single-story orthopedic centers to 6,000-room pilgrimage hotels in Mecca. Ian has served on the AIA Atlanta board as both Development Director and Secretary, and continues to serve the AIA membership through programming and education while targeting specific plans around membership connectivity, diversity and inclusion in the organization. 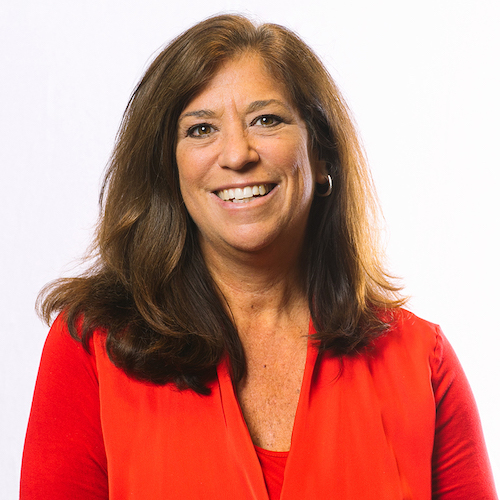 Karen is the co-founder and managing partner of Shear Structural, an all-women owned and managed structural engineering firm in Chamblee, Georgia. She is both a licensed engineer and architect, with over 30 years of practice in structural engineering and design. Karen’s background and experience in both disciplines gives her a unique perspective on the industry. She holds degrees from both the University of Florida and Georgia Tech. In 2018 and 2019, Karen was named one of the ‘Top 100 Influential Women in Engineering’ by Engineering Georgia magazine.

Desmond Johnson is a registered architect currently practicing in the Atlanta regional office of Moody Nolan. He is a 2013 alum of Florida A&M University, where he received his B.S. in Architectural Studies; and a 2015 alum of the Georgia Institute of Technology, where he received his Master of Architecture degree. Desmond has a broad range of experience in both the public and private sectors, where he has successfully contributed to mixed-use, multi-family, office, hospitality, retail, institution, and urban design projects of varying scales. In addition to serving as the local Emerging Professionals and Membership Director, he is on the planning committee for the Young Architects Forum. 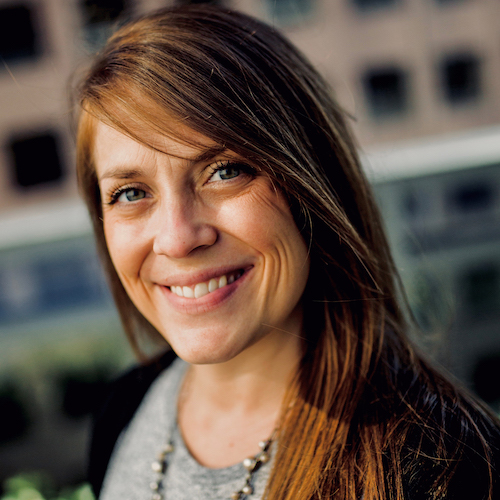 Laura has developed her career and professional network for the last ten years in Atlanta since graduating from Oklahoma State University with honors. At Stevens & Wilkinson, she works on adaptive reuse projects with a focus on serving the commercial, mixed-use, and hospitality markets. She has been active in AIA for most of her career, spearheading participation in Discover Architecture at her firm in the early years, serving as a founding committee member for Equity in Architecture and Open House Atlanta, being selected to the inaugural class of the Christopher Kelley Leadership Development Program, and serving as an AIA Atlanta Communications Director for the last three years. 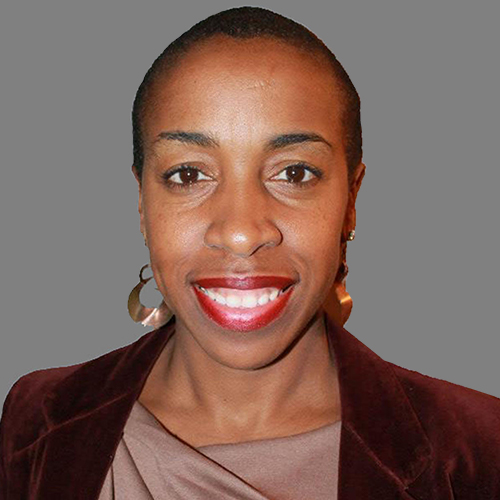 Shaun currently serves as Architect V at the Metropolitan Atlanta Rapid Transit Authority (MARTA). She is a multi-talented professional with strengths in both the technical and artistic arenas. Shaun believes in the power of positive energy and teamwork and has led several organization-wide initiatives by managing resources to achieve great success. Additionally, her professional strengths include design, project and construction administration, construction detailing, discipline coordination, interior design, computer graphics, verbal / written communication, and accessibility reviews. Shaun is a creative and talented professional with keen people skills and a strong desire to excel at everything she does. 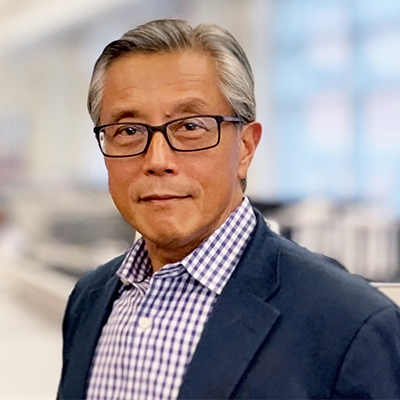 Mark is the managing principal of LEO A DALY’s Atlanta studio. In this role, he oversees design, operations and business strategy, leveraging talent across the globe to deliver world-class design services. He has 37 years of experience in the master planning and design of facilities in the U.S., Europe and China, including mixed-use, healthcare and education projects. Mark received his Master of Architecture degree from Harvard University and Bachelor of Architecture from Cornell University. 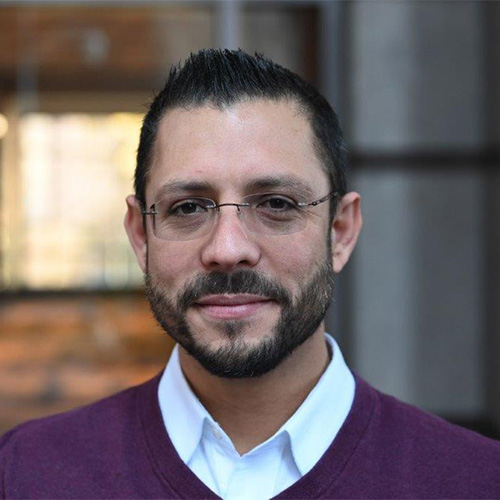 Architecture has many branches tailored to different personality traits and individual genius. This desire to recognize and appreciate the many branches have defined my architectural experience. With nearly 20 years, nurturing these branches have exposed me to multiple project types, technical and operational aspects of the profession. Hailing from the hot and humid South Florida region, I find myself with experience in office, medical office, retail and commercial, K-12 and Higher Education, prototypes, hospitality, and mixed-use projects. Current work includes 1.4 million-square-foot design and construction of the Las Vegas Convention Center project with tvsdesign as associate principal. 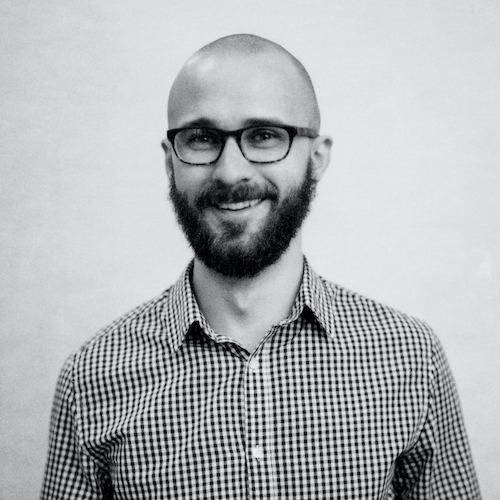 Sean is an architectural designer at square feet studio with experience in projects both around Atlanta and across the country, including restaurant and hospitality spaces, adaptive reuse, and mixed-use developments. Sean is involved with AIA Atlanta, leads the committees planning the annual High School Design Competition and the Designers of Tomorrow Fair, and is a scholar with the AIA Georgia Christopher Kelley Leadership Development Program 2020 class. Sean earned a Bachelor of Science in Architecture from the Georgia Institute of Technology, served as president of AIAS at Georgia Tech, and chaired a committee planning a 400-person conference for students across the southeast. 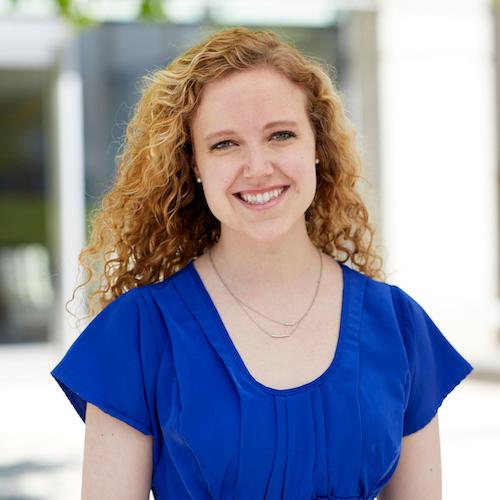 Katlyn Leach is a Project Architect and Associate at Perkins&Will. Currently a member of Perkins&Will’s Learning and Innovation team, she has an extensive background in facilities for K-12, higher education, and technology-based clients. Katlyn is also coordinator of the studio’s Social Purpose initiative, where she facilitates pro-bono design services for need-based organizations. Katlyn’s passion continues as a leader of the studio’s Professional Women’s Group, a Canstruction Atlanta team captain, a Discover Architecture volunteer, a Young Architect’s Forum member, a Fox Theatre usher, and a scholar of the AIA Georgia Christopher Kelley Leadership Development Program Class of 2019-2020. 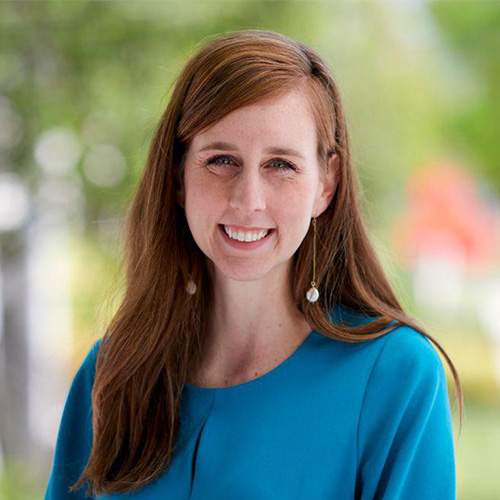 Jennifer is a Project Architect and Associate at Perkins&Will. Since 2018, she has been researching the role of design in disaster response and is now leading a multi-disciplinary working group based in Atlanta. This process has sparked an interest in understanding how architects can be best advocate for their communities. Jennifer is a 2019-2020 scholar of AIA Georgia’s Christopher Kelley Leadership Development Program and studied architecture at Clemson University and Georgia Tech. 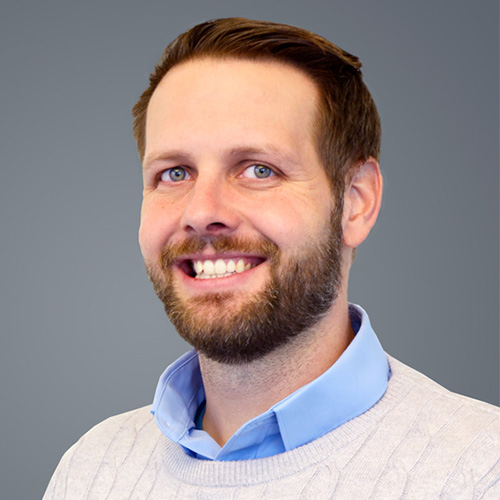 A licensed project architect and travel lover, Jon loves exploring both the built and natural worlds. Jon got his undergraduate degree in Design Management at Arizona State University. After spending several years in the desert, he moved back to Atlanta and got his master’s degree in architecture from Georgia Tech. He is currently a project architect at Cooper Carry. His passion for design has led him to seek out the world’s best architecture, from ancient monuments to modern wonders, and he is fascinated with them all. Jon and his husband recently spent 9 months traveling the world and completed 10 long-distance hiking trails across Europe and Asia. 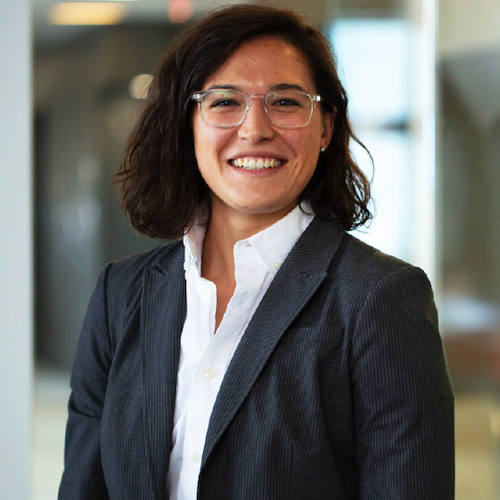 Sarah earned a Bachelor of Architecture and minor in Leadership and Social Change from Virginia Tech, while also competing on the Division I Rugby team and serving as community service chair. As an architect at HKS, Inc, Sarah works on projects ranging from interior renovations to mixed-use/commercial projects over 500,000 square feet. She brings a passion for design and relationships while presenting creative solutions, coordinated problem solving, and collaborative team workflow. Outside of work, Sarah is active in the Atlanta Harlequins Rugby team, Virginia Tech Mentorship Network, and is a 2020 graduate of the Christopher Kelley Leadership Development Program. 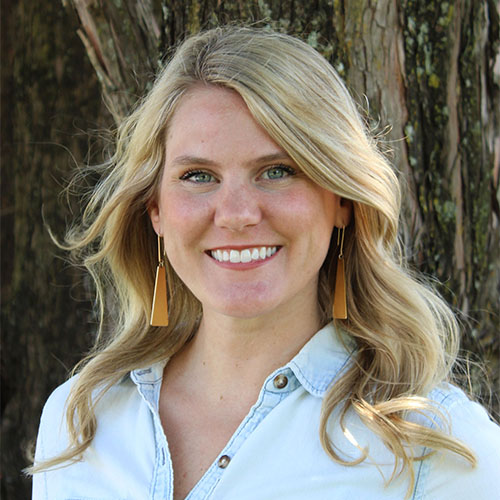 Elizabeth earned a Master of Architecture from Georgia Tech and a Bachelor of Interior Design from UT Chattanooga. She is a licensed architect working for Rardin & Carroll Architects and since graduating in Georgia Tech in 2015, she had worked on educational, ecclesiastical, retail, and municipal projects. Working on diverse projects has provided insight to tackle varying code requirements, building programs, and market sectors. Outside professional roles, Elizabeth is active on the UT Chattanooga Interior Design’s Advisory Board and has been on the Young Supporter’s Board at The Furniture Bank of Metro Atlanta. 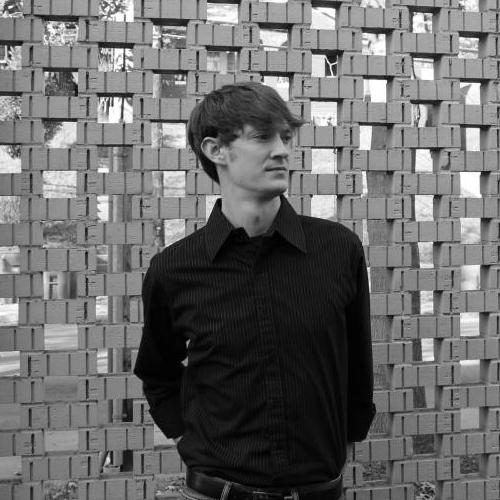 Robert earned a Bachelor of Science in Architecture and a Master of Architecture from Georgia Tech, where he also served as vice president of the local AIAS chapter. He has since been involved with AIA Atlanta’s YAF program, Build Something Great, and the High School Design Competition. Part of the inaugural 2018-19 class, Robert is also a graduate of AIA Georgia’s Christopher Kelley Leadership Development Program.

As a project architect with Smith Dalia, Robert contributed to designs for Inman Quarter, Armour Yards, and Emory’s Phi Gamma Hall. Outside of architecture, Robert is a mediocre fly fisherman, occasional SCUBA diver, and practiced cruciverbalist. 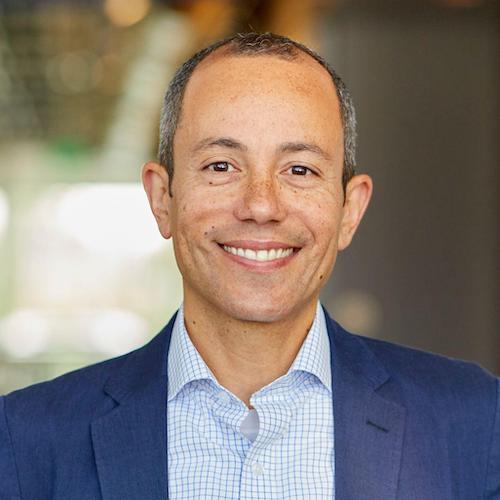 Jared Serwer, Senior Project Designer and Senior Associate at Perkins & Will Atlanta has more than 10 years of experience working as a designer and project architect on civic, corporate, educational and healthcare projects. This diversity of project type has provided Jared with experience in all aspects of project delivery; from early planning, programming, and end-user meetings, through documentation and construction administration. A member of AIA Georgia’s inaugural Christopher Kelley Leadership Development program, Jared believes in giving back by working to further the mission of AIA Atlanta. He studied architecture at Princeton University and the Harvard GSD. 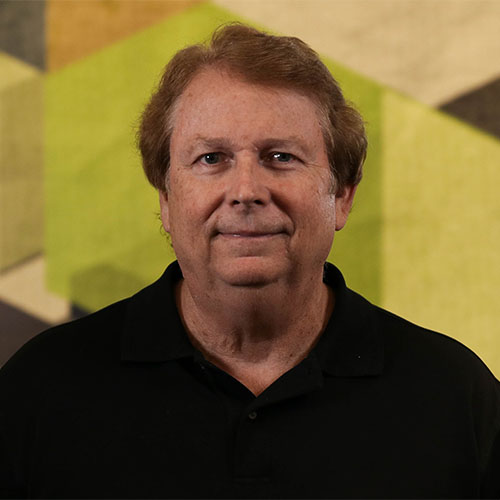 Randy, with our 2019 patron Smart Lighting Solutions, is a 39-year veteran of the lighting and controls industry spending most of that time servicing the design industry along with his responsibilities as an agency principal and sales professional. He has most recently been involved in the renovation of Hartsfield Jackson Airport and the ongoing upgrading of MARTA station lighting.

Over his career he has served as president of the Georgia Section of the Illuminating Engineer Society and remains a long-standing board member of that organization. He is a proud eight-year patron of AIA Atlanta. Randy is a graduate of Florida State University.